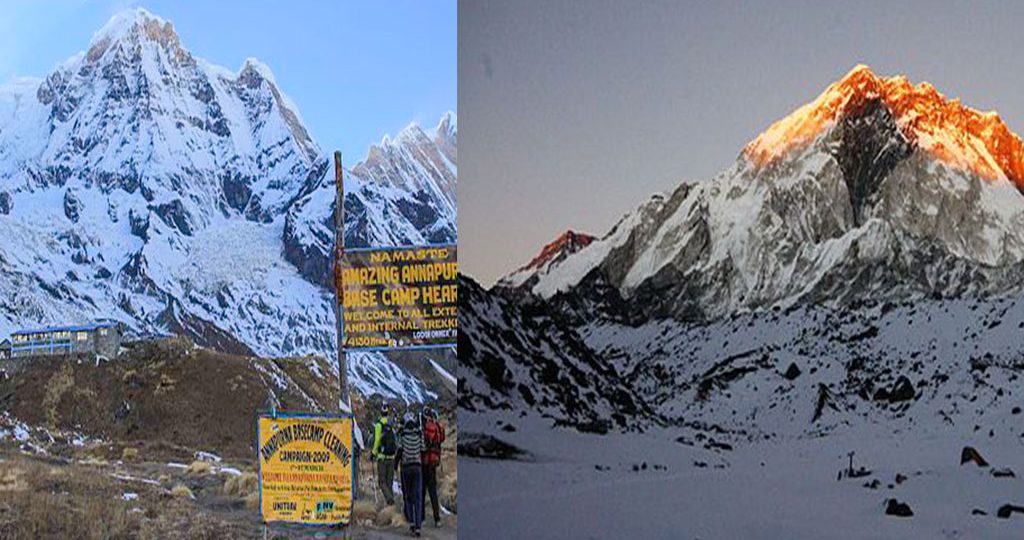 Annapurna Base Camp and Everest Base Camp both are amazing trekking destinations and are both equally special in the mountainous region of Nepal.

The Everest Base Camp trek is a more popular trek because of the world’s highest peak Everest itself. And it is perfect for the more adventure seeking trekkers.

On the other hand, Annapurna Base Camp trek is one of the most enchanting treks. It is a relaxing trek perfect for novice as well as the experienced trekkers.

Everest Base Camp, as well as Annapurna Base Camp, is both the most preferred trekking destinations. They both have similarities as well as their own differences.

Both are amazing, you may want to visit both. But, what if you had to choose one. Allow us to make a comparison of the two stunning treks.

Annapurna vs Everest Base Camp 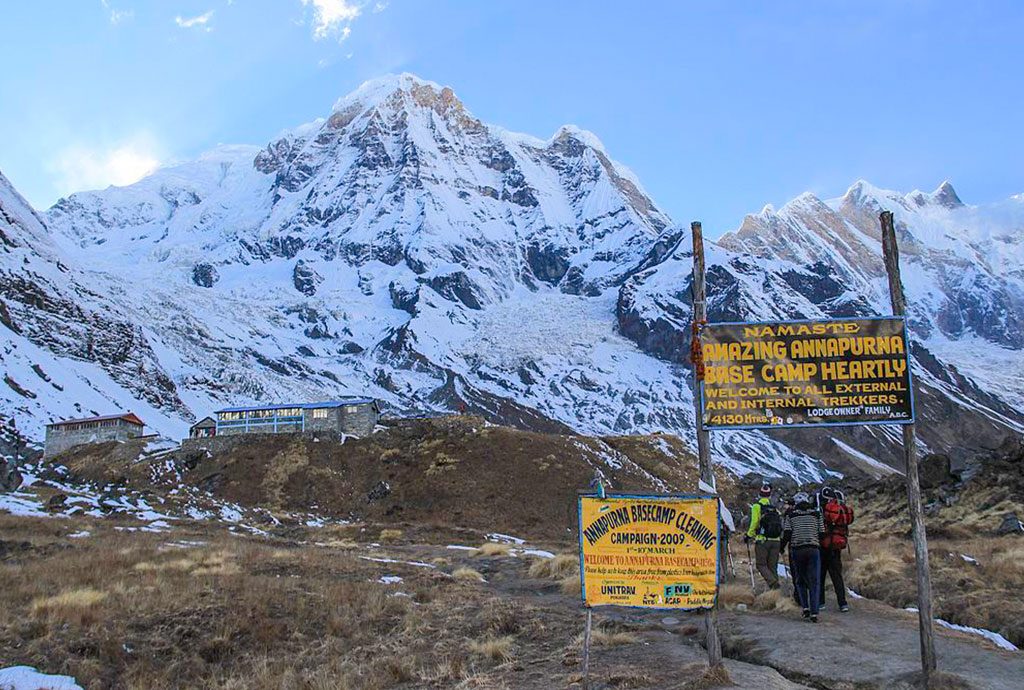 The journey to the Annapurna Base Camp begins after reaching the beautiful city of Pokhara. To reach Pokhara you can choose to take a flight or enjoy the way and take the bus. You can either take a local bus or tourist bus to get to Pokhara.

Your trek will begin shortly after a 2 hours drive to Nayapul from Pokhara.

Everest Base Camp trek commences from the Lukla airport. You will have to take a flight from Kathmandu to land in Lukla. The Lukla airport is famous for being one of the most adventurous and thrilling airports in the world.

Snow-capped mountains surround the airport. The airstrip itself sits on top of a hill with a valley looming below.

The trek begins from the Lukla airport itself.

The Communities and cultures

En route through the Annapurna region, you will encounter different communities of people. You will get a chance to immerse in the diverse cultures of the region.

But along with that, you will also get to see other communities like Magars, Ghale, Puns, etc and their culture as well.

The Everest Base Camp is also similar in context with the Annapurna region. You get to see all the different communities of people and their diverse cultures.

Like the Gurungs are the most prominent inhabitants of the Annapurna region, the Sherpas inhabit most of The Everest region.

The accommodations throughout the trek are quite good. You will get to see and visit many tea houses along the way.

The hotels provide good facilities as well. You will be able to get rooms with attached bathrooms. Western-style toilets may not be available in most places. So, you should get used to the squatting toilets. 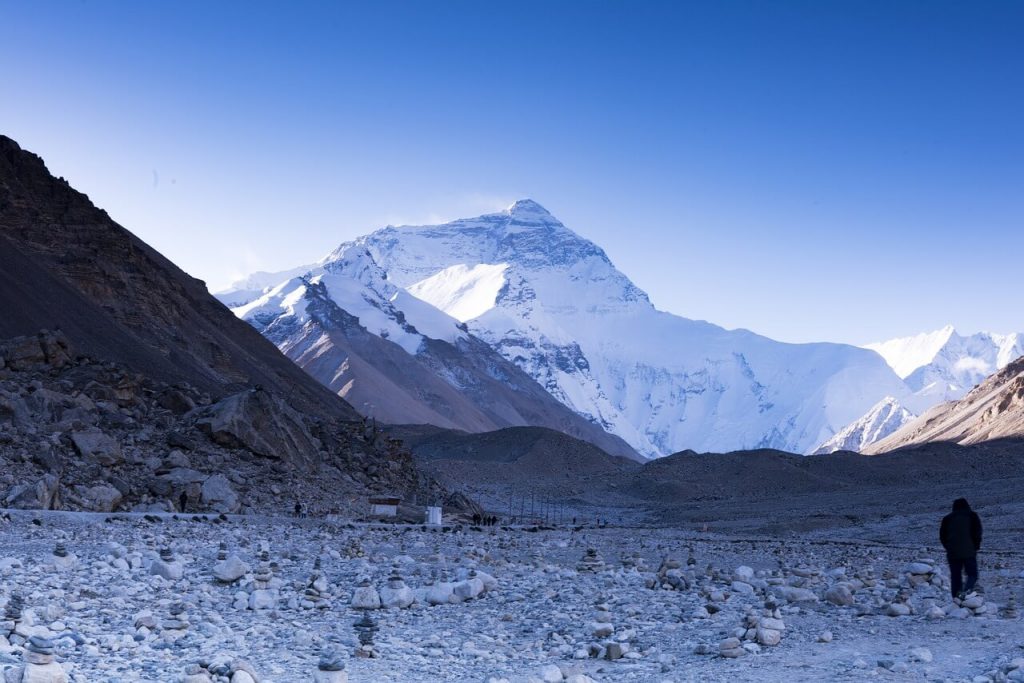 The Everest Base Camp provides similar accommodations as compared to the Annapurna Base Camp.

But western toilets are quite common throughout the trail which may prove as a plus point for many people.

The food varieties are more in the lower regions of the trail. You can get all sorts of variations from Indian to Chinese to western and of course Nepali.

But as you ascend higher the varieties will become less and less. The staple Nepali dish- rice veggies, and lentils all along the trek are much frequent.

But besides to those you may want to try the local cuisines as well which may include ‘Dhido’. Dhido is a traditional food made with different types of flours according to the region (corn, barley) and water.

The food is similar to the Everest Base Camp too. You will get to eat local as well as western cuisines. But due to the popularity of this trek, you will get a large variety even at higher altitudes.

You will find a variety of foods but may not find fresh veggies easily in this region.

The difficulty level is where Annapurna Base Camp and Everest Base Camp stand at different points.

Annapurna Base Camp is a rather easy trekking route. The trek doesn’t demand any difficult training. You will be able to complete the trek even if you are a novice trekker.

The trek has its highest altitude of 4130m which is lower than that of Everest Base Camp. So, there is a lower chance of altitude sickness as well.

The Annapurna Base Camp is easier all in all as compared to Everest Base Camp.

Everest Base Camp, as said by people, is a moderately difficult one. And, in comparison to Annapurna Base camp, it is more difficult.

You will need to train before you go trekking along this route. But, don’t worry it doesn’t need intense training, but a simple one. You may want to go on hikes to build stamina or use the treadmill more often at the gym to prepare yourself.

The Everest Base Camp does sit at an altitude of 5380m. So, there are high chances of altitude sickness. You must be very careful to examine the symptoms and adopt the preventive measures to keep yourself safe. 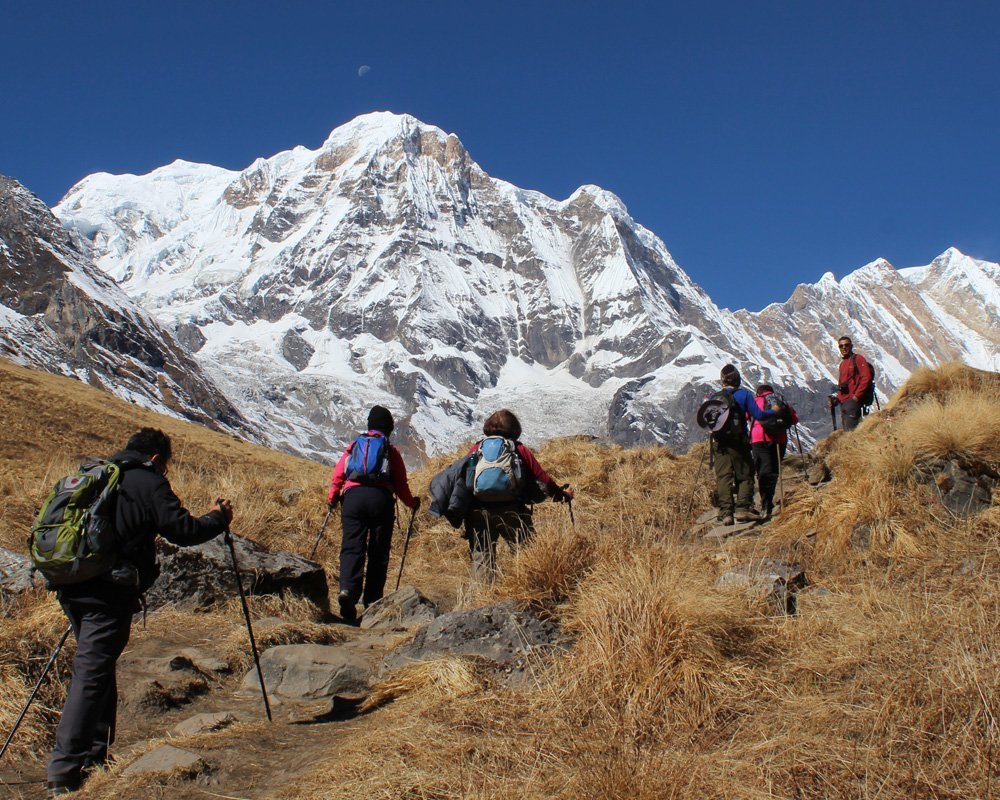 The Annapurna Base Camp is famous for its beauty. It provides panoramic views of the magnificent mountains. In addition to that, the waterfalls and incredible landscapes along the route are sure to charm you.

You will also get to see lush green forests covered in blooming rhododendron when you trek to the Annapurna Base Camp.

Another divinity of the Annapurna Base Camp trek is that you will get to see heavenly sunrises especially the ones seen from the famous poon hill.

You will get to see the emerald mountains in all their glory. Mountains such as Machhapuchhre (Fishtail), Dhaulagiri, Pisang peak, Hiunchuli, Mardi Himal and of course the Annapurna are some mountains seen.

Everest Base Camp, of course, takes you below the highest mountain in the world. But that is not everything. It also provides the opportunity for you to see beautiful landscapes and various mountain peaks.

The trek also takes you along one of the biggest glaciers in the Khumbu region which is the Khumbu glacier.

The trek greets you with heavenly and crisp views of several mountains. Lhotse, Nuptse, Makalu, Cho Oyu, Ama Dablam, Mera Peak and of course the iconic Everest are some of the mountains seen throughout the trek.

Annapurna Base Camp has many virtues and one of them is that it is doable all year round.

The spring season (March-May) and autumn (September-November) are the best seasons to trek to Annapurna Base Camp.

During the spring you can see gorgeous views of rhododendron blooming all over the valleys. In addition to that, the amazing biodiversity is something that adds to the charm of the region.

While in August the skies are the clearest in comparison to other seasons which gives trekkers the opportunity to see crisp views of the enchanting mountains.

But this trek to the Annapurna Base Camp is doable in every season even in winter and monsoon when the weather becomes quite unpredictable and the trail becomes a bit more difficult.

With some precautions especially in the winter and monsoon seasons, this trek is an all year round trek. 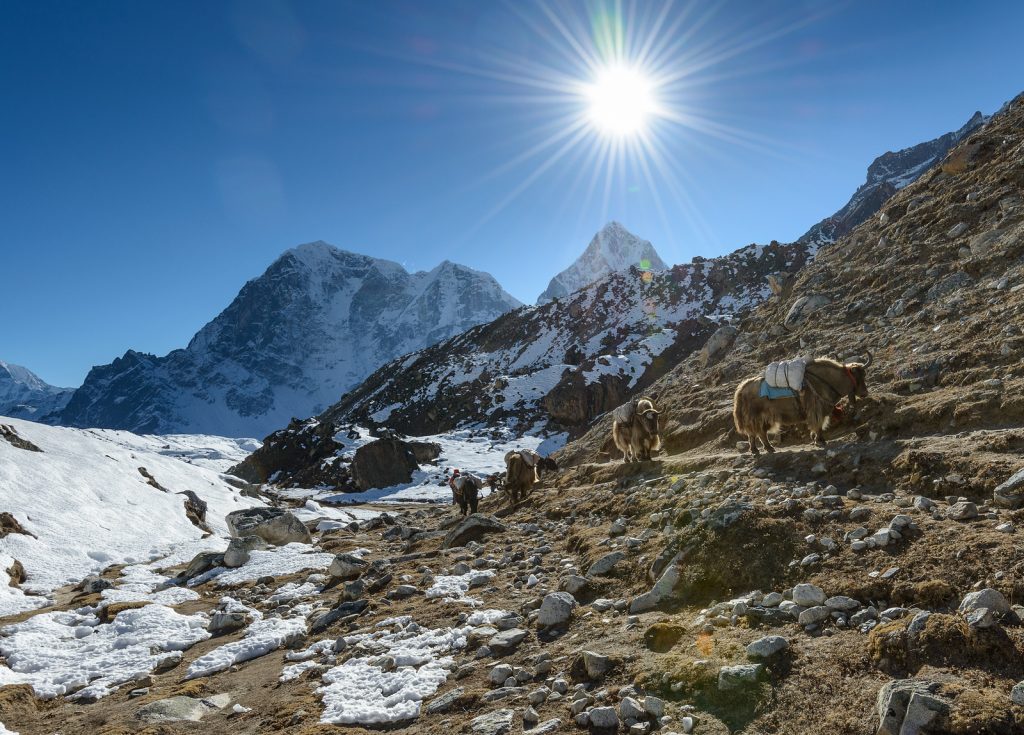 The best season to trek to Everest Base Camp is similar to the best seasons of Annapurna Base Camp. The seasons are spring (March, April, May) and Autumn (September, October, November). During these seasons the views are breathtaking and awe-inspiring.

But as the monsoon and winter months begin the trek becomes slightly challenging. On the other hand, in winter due to the extreme cold and snow, some route may become blocked and the trek could become more difficult than usual.

But it is perfect all year round for people seeking a more adventurous getaway.

The Annapurna Base Camp trek is more affordable as compared to the Everest Base Camp. The food, accommodations as well as other things are cheaper in this region than in the Everest region as the altitude is lower.

But do keep in mind as the altitude increases so will the price of almost everything.Yet, the cost of ABC trek is much affordable.

Everest Base Camp trek cost is a bit higher in regards to the Annapurna region. As the elevation level is high and the porters have to carry all the goods due to the lack of proper transportation, the trekking cost goes higher.

Annapurna Base Camp and Everest Base Camp are amazing trekking destinations.

They have their similarities as well as differences but it depends on you and your preferences on which one you want to choose.

But, no matter which one you choose you will definitely have an experience of a lifetime and an awe-inspiring journey.

For details or further queries be sure to contact us. 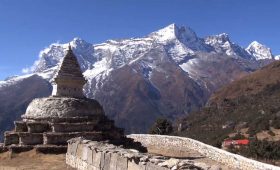 Everest Base Camp Trek in November 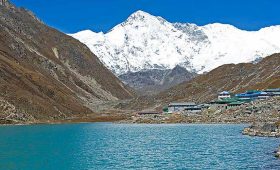 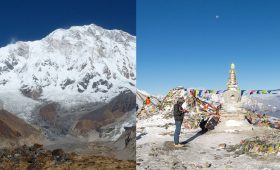