The Himalayan Kingdom of Bhutan “known as the peaceful Dragon country” is slowly emerging from centuries of self imposed isolation, this makes Bhutan a truly unique destination to explore its hidden treasure of ancient culture, religion, architecture and its way of life as it was for centuries, so Bhutan’s past is still its present and tantric Buddhism is a way of life. Bhutan is a beautiful Himalayan country in Asia. Bhutan is a popular touring destination. It is popular because of its traditional Buddhist traditions and historical sites. Bhutanese people are hospitable and cheerful. One will have a very pleasing time while touring in Bhutan. During our 6 Days 5 Nights Bhutan tour, you will be touring around the beautiful cities like Thimpu, Paro, and Punakha. Touring around the famous historical sites in these cities is a blessing. Trust me, you will love everything about Bhutan. The places are full of natural and cultural wonders. 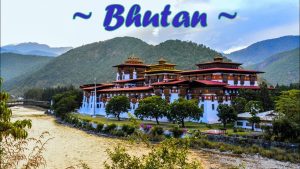 During your tour to Bhutan, you will get a chance to witness the Dzongs, monasteries, Thangka paintings, traditional schools, local handicrafts, art, and artifacts, etc. Exploring all these things will give you a deeper insight into the Bhutanese history culture, tradition and religion. The 6 days Bhutan Cultural tour gives travelers a chance to explore the captivating cities of Bhutan which are rich in cultural and natural aspects. The tour allows you to get the experience of trekking, hiking, and sightseeing around the cities of Bhutan. Exploring the places are truly fascinating and exciting. Your journey to Bhutan cultural tour rewards you with the magnificent views of Himalayas. Bhutan hosts some of the jaw-dropping mountains such as Mt. Chomolhari and Mt. Jichu Drake. Throughout your journey, all these stunning views of Bhutan Himalayas will surround you. Your Cultural tour to Bhutan begins with a scenic flight to Paro from Kathmandu. Our itinerary from The Great Adventure Treks is suitable for everyone. It mainly involves exploring the historically and culturally significant places of Bhutan. 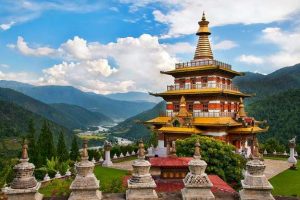 The society of Bhutan today is a mixture of numerous ethnic groups. The Sharchops, who are alleged to be ancestors of those earliest residents, lives mostly in eastern Bhutan. Their early ancestor tribes may have originated from Burma (Myanmar) and northeast India. It is also assumed that Indo-Mongoloids (usually referred to as Monpas, which means non-Tibetans) migrated into Bhutan two thousand years ago from Arunchal Pradesh, Nagaland, northern Burma, and Thailand. The Ngalops live in western Bhutan and wandered from the Tibetan plains; they are credited with being the first to bring Buddhism to the country. The other main ethnic group is the Lhotshampas, who were from Nepal originally. The Lhotshampas migrated to Bhutan toward the end of the nineteenth century.

The National Emblem is a circle with two double diamond thunderbolts placed above a lotus, topped by a jewel, and framed by two dragons. The thunderbolts represent harmony between secular and religious power. The lotus represents purity, the jewel represents sovereign power, and the two dragons represent Druk-Yul (“Land of the Thunder Dragon”) the original name of Bhutan. The National Flag is divided diagonally by two blocks of different colors with a white dragon across the middle. The top part of the flag is golden yellow, which represents the secular power of the king, and the lower part is orange, which symbolizes the Buddhist religion. The dragon, who represents Bhutan, holds jewels in its claws, which stand for the wealth and perfection of the country. The National Flower is the blue poppy, which grows at the high altitudes. The national tree is the cypress. The Bhutanese people associate with it because it is straight and strong and can grow even in inhospitable soil. The national bird is the raven, which also adorns the royal hat. The national animal is an extremely rare mammal called the takin. It lives in flocks in areas 13,000 feet (4,000 meters) high and eats bamboo.

What to Expect from the Bhutan Tour

Once you get to Thimphu, the capital and the largest city, prepare yourself for instant amazement. The heartbeat city of Bhutan reflects a little of everything- a little commercial, a little conservative, and a little advanced. Believe it or not, you are in one of the most socially intriguing destinations. Thimphu is a significant contributor to Bhutan’s tourism as well as its trade gateway to the outer world. Amidst a contemporary lifestyle, it is possibly the most technologically advanced town in Bhutan. There’s a quiet fusion of traditionalism and modernization that meets your eye. This fusion is why Bhutan’s “ever so unique” cultural originality remains unbeaten in Asia.

The exotic capital showcases plenty of cafes, restaurants, and shopping malls. While roaming around Thimphu, there are some interesting landmarks you shouldn’t miss. The Weekend Market welcomes you into its lively atmosphere with the most colorful embrace. The artistic fortress-like monastery named Tashichho Dzong will entice you with its brilliance. You’ll explore the King’s Memorial Chorten (built in memory of the late King Jigme Dorji Wangchuck), National Library, and the Textile Museum which are the highlights of the Thimphu city. Oh, and don’t forget to visit the National Institute of Traditional Medicine, which studies holistic treatment methods. Are you looking for an itinerary that fits your schedule? The Great Adventure Treks has your plans covered for the 4 days 3 nights Bhutan tour.

You will fly to the beautiful city of Bhutan, Paro. On reaching the Paro International Airport, you will see our representative waiting for you at the airport. He/ she will pick you and drive you to Thimpu which is the capital of Bhutan. Overnight you will stay at a lodge in Thimpu. 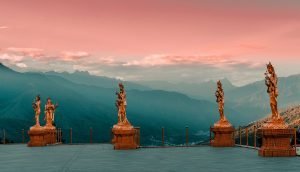 On the second day of your trip, you will take a sightseeing tour around Thimpu valley. You will explore places such as Memorial Chorten, Buddha Point, National Textile Museum, School of Thirteen Arts and Crafts, Tashichho Dzong, and many more. The Memorial Chorten was built in the memory of third King of Bhutan. Similarly, the Buddha point consists of the largest sitting Buddha statue in the world which is the major attraction of the tour. Overall, Thimpu sightseeing tour gives a great insight into the culture, tradition, art, and architecture of Bhutan. 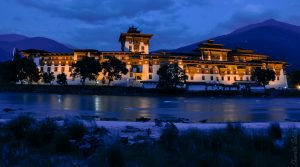 After having your breakfast at Bumthang, you will take a tour around the Bumthang valley. You will explore some of the most popular places of Bhumthang such as Jambay Lhakhang, Chakhar Lhakhang, Tamshing Lhakhang, Jakar Dzong (castle of the white bird). Later, you will head towards Trongsa and have your lunch. You will start your journey towards Punakha. It will take you around 6-7 hours drive to reach Punakha from Trongsa. Enroute you can also visit the Wangdue Phodrang Dzong. Overnight at a hotel in Punakha.

After having your breakfast at Punakha, you will drive towards Paro today. Along the way, you can visit the traditional Bhutanese Farm House. You will get to explore the tradition and local lifestyles of the Bhutanese people. On reaching Paro, you will check in at a hotel and stay overnight there.

Today you will go for a sightseeing tour around the Paro valley. On this day, you will hike to the Tiger Nest Monastery. The monastery sits on the top of a rock mountain and is extremely beautiful. You will visit the Ta Dzong which is the watchtower for Paro Dzong. Along the route to Drukgyel Dzong, you will take a visit to Kyichu Lhakhang. Kyichu Lhakhang is the oldest and holy shrines in Bhutan.

Day 06: Drive to Paro airport and fly to Kathmandu. 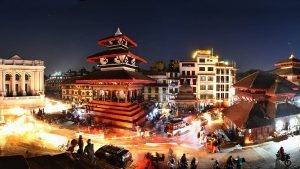 Today is the last day of your 8 days 7 nights Bhutan Cultural tour. On this day, you will have your breakfast and drive towards the Paro International Airport. You will take a flight to Kathmandu. Flying over some of the majestic mountains will be exciting and thrilling. It will take you about an hour to reach Kathmandu airport from Paro.

Note: Please be informed that we also arrange Bhutan Tour for 8 Days – 7 Nights / 5 Days – 4 Nights / 4 Days – 3 Nights / and 3 Days – 2 Nights as per your Time, Interest and Budget. Please visit the link Bhutan Tour for further details and opportunities of amusement to achieve. 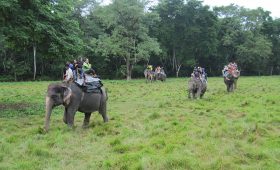 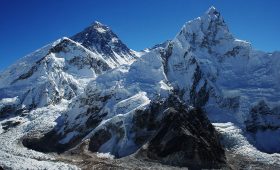 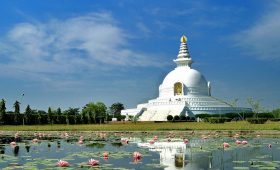