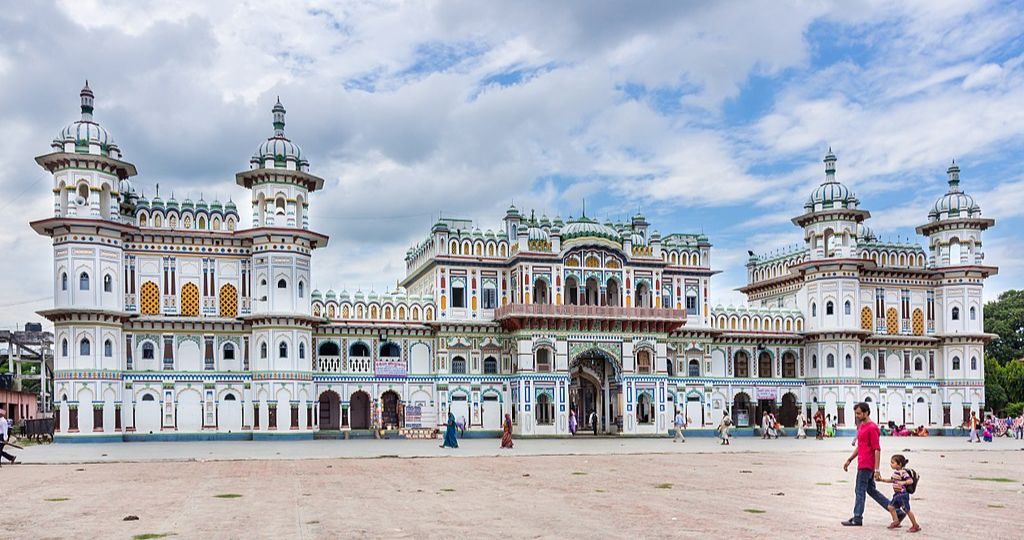 Nepal is a land of diversity. From the chain of mountains to the stunning landscapes and the varying ethnic group you have many places to see in Nepal.

Nepal is popularly known for its mesmerizing natural scenic backdrops, heritages and the people. There are lots of things to see that tempt the tourists around the year.

Nepal has also managed to invent itself into a popular travel destination.

The natural beauty, historic attractions, and mystical culture are perfect things to amaze travelers. From sightseeing to trekking, to trying adventurous activities and shopping, Nepal has it all.

Here are our picks for places you shouldn’t miss out seeing while in Nepal.

Kathmandu valley is a necessary stop for most visitors is home to not only the international airport in the country but also home to seven UNESCO listed world heritage sites.

Here is the list of amazing and beautiful heritage sites you must see while in Kathmandu. 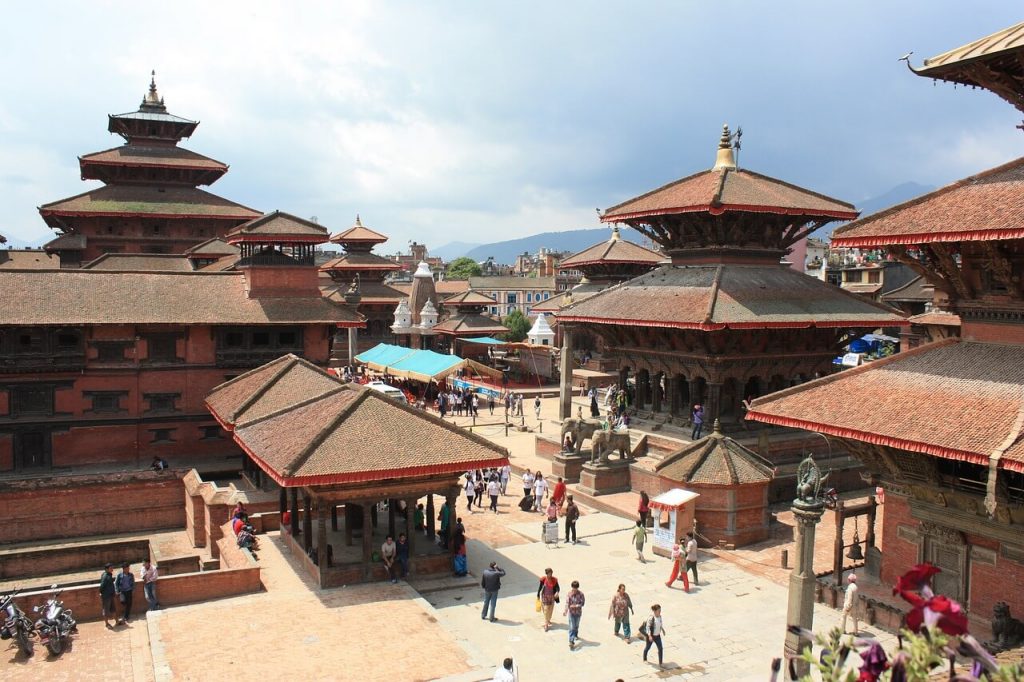 Kathmandu Durbar Square is the traditional heart of Kathmandu. It is an architecturally impressive complex of ancient palaces, temples, courtyards, and shrines.

This was once the power base of the city where kings of the ruling dynasties used to live. You can visit this place to admire architectural splendor, ancient statues, and the home of a living goddess.

The major attractions of this place are the Hanuman Dhoka ( the complex of royal palaces), magnificent Taleju Temple and the Kumari Bahal in which the living goddess still lives.

Patan, situated to the south of Kathmandu is the second largest town in the Kathmandu valley. It has an ancient history with the corners of the town marked by stupas erected in around 250 BC.

Patan’s most interesting attractions include the Golden Temple, the five-storied Kumbeshwar Temple, and the red Machhendranath Temple.

Bhaktapur, a small town about 10 km from Kathmandu is famous for its varied temples. The most impressive is the five-storied Nyatapola Temple on Taumadhi Tole. And the tallest temple in Nepal built during the reign of King Bhupatindra Malla.

The northern section of the square is home to the Royal Palace, with visitors able to access the Golden Gate. And the National Art Gallery, with an extensive collection of Tantric cloth paintings.

Moreover, while wandering on the streets do keep an eye out for exquisite architecture. As many buildings feature intricately carved woodwork.

The Swayambhu Stupa means self-created. It is famous as the monkey temple among the tourists. It lies on a hilltop to the west of Kathmandu.

While here, we recommend you to visit Swayambhu along the 365 worn steps that lead up the eastern side of the hill. Once you reach the top after climbing, the Stupa offers great views over Kathmandu valley.

This Chaitye is one of the best things to see in Nepal. It is considered to be the oldest stupa.

The Boudha Stupa is one of the holiest and most recognizable sites in Kathmandu. It has a diameter of 120m making it the largest Chaitye in Nepal.

Built on an octagonal base, surrounded by 147 prayer wheels, the stupa consists of 108 images of Buddhist deities with colorful prayer flags.

All this helps to make the temple one of Kathmandu’s most iconic and photographed sites. Boudhanath is the religious center of Nepal’s Tibetan/Buddhist community with many surrounding monasteries.

Look out for Tibetan monks with maroon robes and shaved heads and pilgrims spinning the prayer wheels. Also, be careful to observe Tibetan custom by walking around the stupa in a clockwise direction.

The temple was built-in 1696 on the orders of King Bhupendra Malla. Pashupatinath is Nepal’s most important Hindu Temple.

Constructed in the pagoda style of architecture, Pashupatinath stands on the banks of the Bagmati river.

Here the temple’s exterior and its surrounding buildings are worth a look. And the riverbanks of the Bagmati river are a popular place for cremations.

Almost every day you will see cremations in progress with a shrouded body on top of a log fire with little ceremony.

The Narayanhiti Palace Museum was the primary residence of Nepalese monarchy for over a century until 2008.

It was here that King Birendra, Queen Aishwarya, and six other royals were mercilessly shot dead. The palace comprises of 52 rooms and occupies 74 acres. In February 2009, Nepal’s prime minister opened the Palace Museum and ever since the museum’s extensive grounds are open to visitors.

Thamel is a heaven for tourists visiting Nepal and its about a 20 minutes taxi drive from Tribhuvan International Airport.

Here you can see numerous hotels, restaurants, and shops that cater specifically to western tourists. It lies in the northern region of Kathmandu. Although some consider it to be hectic with a lot of crowds, it is one of the most happening places.

The streets of Thamel are fascinating, especially during the night. This place also has many night clubs that open at 10 pm.

Also, the garden of dreams is a beautiful place to see from the center of Thamel. The garden, formal in style occupies about half a hectare.

Its lush lawns, sunken flower gardens, a large central pond, fountains and neo-classical pavilion kept in pristine condition is a relaxing place to be.

If you want to see the best views of the Himalayan Range from Nepal, Nagarkot is the place for you.

This hill station of Nepal is surreal and promises breathtaking views of the Himalayan mountains. Not only from the viewpoints but from the windows of your hotel room as well.

Situated at a short distance from Bhaktapur and on the suburb of Kathmandu Valley, Nagarkot is a picturesque destination. It allows you to savor every mood of the Himalayas.

The place is famous for its stunning sunrise and sunsets as well. In fact, it is also a honeymoon destination in Nepal with such dreamlike settings and views on offer.

Chitwan National Park, the first national park in Nepal, is a must-see destination in Nepal. More than 500 species of migratory birds call the park their home.

This National park covers almost 332 sq.miles, is a habitat to a large variety of reptiles, mammals, and birds.

The wildlife safari through the Chitwan National park will give you a chance to see one-horned rhinos, Bengal tigers, crocodiles, Asian elephants, etc. Tourists choose between elephant safari or jeep safari.

The most common bird sightings include kingfishers, flycatchers, egrets, and Brahminy ducks.

The ideal way to explore the Chitwan National Park is to go for a few days trip. This also gives you a chance to explore the typical Tharu village while in Nepal.

Bardia National Park is the largest wilderness area in Terai. It boasts of beautiful wildlife and is what Chitwan looks like about 30 years ago before it became commercialized due to tourism.

The park covers about 968 sq. km of grasslands and Sal forests and is famous as one of the biggest stretches of tiger habitats in Asia.

Apart from tigers, you can also check out 30 different species of mammals. Such as one-horned rhinos and elephants, Gangetic dolphins, crocodiles. And more than 250 species of birds such as Sarus cranes and the Bengal floricans.

Pokhara is a heaven for nature enthusiasts and adventure freaks. If you are in Nepal and don’t make it to Pokhara, then you are missing out on a lot of things to see.

Pokhara will overwhelm you with one of the greatest photo spots in the world. While you walk along the shores of the Fewa lake you will get a panoramic view of the Himalayan peaks of the Annapurna Massif that reflect in this lake.

A beautiful color combination created by the wooden boats and paragliders over the lake is probably going to be one of the highlights of your travel in Nepal.

Overall, it is one of those destinations that you certainly wish to visit for the second time in your life. Hence do not miss out on seeing all these things Pokhara has to offer.

Nepal is a trekker’s paradise and is popular for the astounding trekking routes. The famous trekking routes of Nepal include Annapurna Circuit, Poon Hill, and Langtang Valley Trek.

Professional trekkers also hike up to the Everest Base Camp. Trekking in Nepal takes you through the lush green rhododendron forests, the gushing rivers, and the deep gorges.

For someone who is constantly trapped in city life and with work, trekking is a great way to connect yourself with nature. The majestic views of the mountains will make all the problems in the world seem small.

Trekking allows you to see and reflect on yourself. It makes you realize your strength and capabilities.

So one of the best things to see in Nepal and do is to indulge yourself in some trekking activity. And see the beautiful landscapes and things the Himalayas of Nepal has to offer.

Lumbini is a sacred place that touches your soul in a very special way. It is the birthplace of Lord Buddha, Lumbini is a pilgrimage destination in Nepal.

This place impresses tourists with its monastery and peaceful environment. This place, even though you can cover it in one day, it has so much to offer to those who are willing to spend a day or two to gradually explore its beauty.

The main attraction here is the Maya Devi Temple, which lies amidst a large park that comprises of lakes and monasteries.

Hence, Lumbini surely falls under one of the things to see while in Nepal.

Janakpur is a place that you would not want to miss in Nepal if you enjoy seeing the blend of history, culture, and religion.

The place is believed to be the birthplace of Lord Rama’s consort, Sita. And, the destination where the two got married, Janakpur holds a lot of religious importance for Hindu devotees.

Not only is Janakpur a Hindu pilgrimage destination but it is a perfect place to imbibe a rich Maithili culture. And explore its rich art and its various forms.

Nepal is a popular destination to visit. And many tourists from all over the world visit come for varieties of things to see in Nepal.

Moreover traveling to Nepal is very budget friendly for most foreigners. Tourists here can see and do so many things without being financially drained. So, overall it is a win-win situation.

For further question or queries, please feel free to contact us. 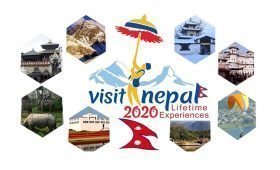 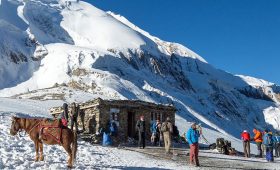 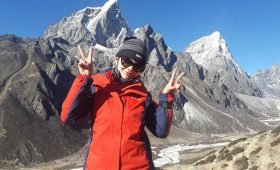