Most Popular National Parks In Nepal

Safari in Nepal. Area 932 sq.kms. One of the oldest and most popular National Parks in Nepal is situated within the inner sub tropical Terai lowlands of Southern-Central Nepal.

The park was designated as a World Heritage Site in 1984. In fact, the Park covers a pristine area with a unique ecosystem of significant value to the world.

It contains the Churiya hills, ox-bow lakes and flood plains of the rivers Rapti, Reu and Narayani.

Here, Sal forests cover approximately 70 % of the park vegetation. The remaining vegetation types include 20 % of grassland, 7 % of riverine forest and 3% of Sal with chir-pine.

The latter is found in the Churia (Siwalik) range, Which is the low hills after the Terai flatlands. The riverine forests mainly consist of Khair, sisso and simal or kapok (the silk cotton tree).

The Grasslands Are Diverse And Complex Community

The grasslands are a diverse and complex community with over 50 species. The Saccharum species, popularly known as elephant grass, can reach 8m in height.

The locals for thatch roofs use the shorter grasses such as Imperata.There are more than 43 species of mammals in the park.

The Park is famous for Royal Bengal TIgers

The Park is famous for the endangered and elusive “Royal Bengal Tiger”. The park is home to the one horned Indian Rhinoceros, fresh water gharial crocodile along with many other common species such as gaur (Asian bison) wild elephants, four-horned antelopes, striped hyenas, pangolins, Gangetic dolphins, monitor lizards, and pythons.

The Park Is Also Famous For Over 450 Species Of Birds

Meanwhile, the park is also famous for over 450 species of birds. Among the endangered birds are the Bengal florican, the Giant Hornbill, the Lesser Florican, the Black Stork and White Stork.

Furthermore, the best time for bird watching is around March and December.

More Than 45 Species Of Amphibians And Reptiles

More than 45 species of amphibians and reptiles have been recorded in the park, some of which are the Marsh mugger Crocodile, Cobras Green Pit Viper and various species of frogs and tortoises.

The Chitwan National Park is also an educational field for botanists and zoologists alike. Scientific studies and research concerning several species of wild fauna and flora conducts inside the park.

The Chitwan National Park Has many Lodges And Tented Camps

In fact, the Chitwan National Park has many lodges and tented camps inside and outside as well. The 190-km road will lead you to the park.

A drive of approximately 5-6 hours and by Air about a 20-minute flight to Megauli or to Bharatpur including a short ride by elephant or by a four-wheel drive.

Hence, we can reach the ultimate way with a surge of adrenaline and scenic floats Rafting on the Trisuli River.

Nepal 4 Days
$ 190
Chitwan National Park is the home to more than 500 Asian one-horned rhinoceros and Royal Bengal Tigers. This is also the home to around 600...
View Details
Available through out the year: 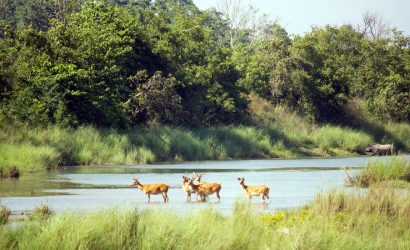 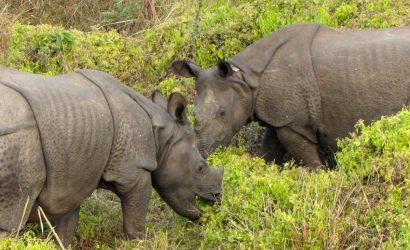 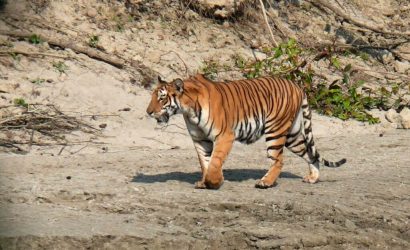 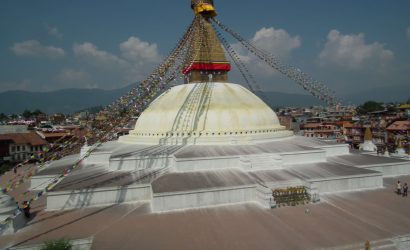 The Best of Nepal Tour 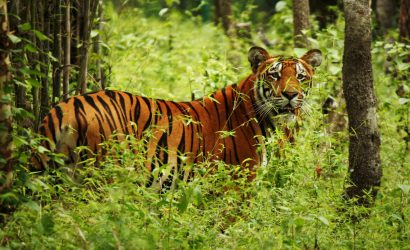