Many travelers are unaware of the fact that the waters of Nepal are known for hosting fishing as well. There are many rivers and lakes to choose from here. Thus, in this article, we have listed some of the best River for fishing in Nepal.

So if you love fishing and if you are wondering whether there are fishing grounds in Nepal or Not? Well, the answer is yes, Nepal is rich in water resources and the rivers and lakes are famous for hosting many ideal fishing grounds.

When traveling to Nepal, people look forward to doing many exciting activities here. And among them, fishing on the shores while viewing greenery is a perfect way to spend your holidays.

You can continue to read further below for more information: 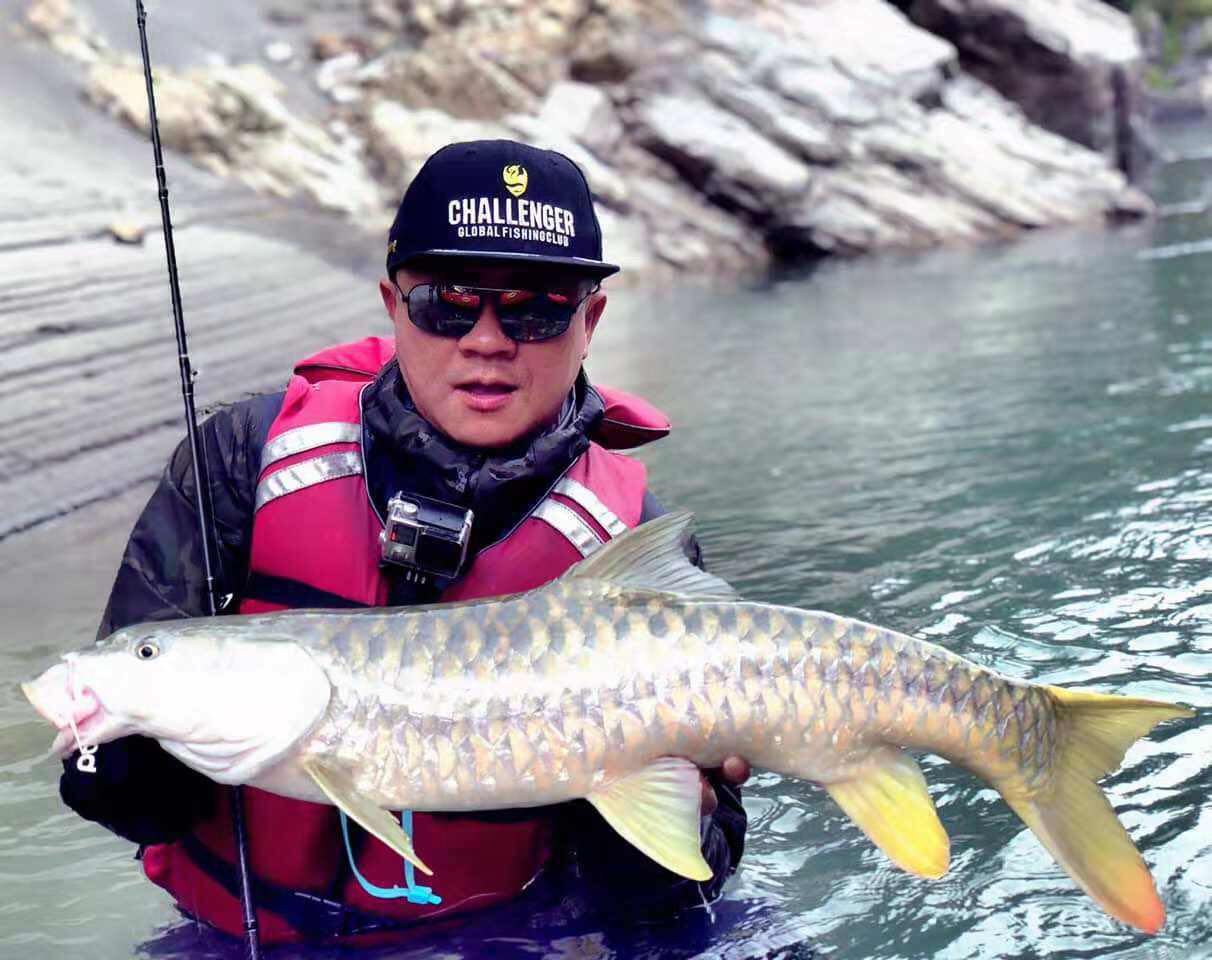 Karnali River is the largest and longest river in Nepal. It is situated in the far west part of Nepal. This river is one of the most popular fishing destinations in Nepal. This place is quite suited for fishing compared to other rivers near here.

Variety species of fish belonging to different families are found in this river. Such as Silver Masheer, Bokar, Sahar, Asla, giant catfish, and many more. This river is formed after getting mixed with many other small rivers.

You can spend your day sitting on the banks of the rivers viewing the beautiful scenery around you. One of the common fish caught in this river is Golden Mahseer.

To get the best view of the wonderful scenarios, it is a wise choice to select the right time for fishing in Nepal. You get to see beautiful flowers and green hills under the clear weather while traveling to the Karnali river during a favorable time. Karnali River fishing is considered as one of the most adventurous fishing trips in Nepal. Due to the high potential of adventurous activities along with fishing, the Karnali river is regarded as one of the very best River for fishing in Nepal. 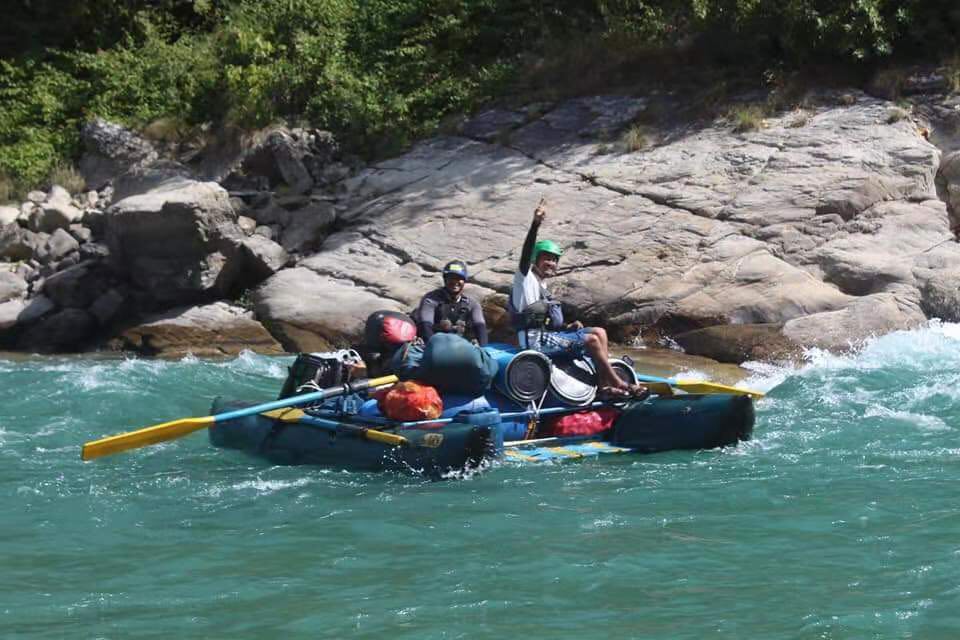 Babai River is another one of the best River for fishing in Nepal. It lies in the inner part of the Terai region in Dang valley. It is situated in the mid-western part of Nepal. The valley of Dang is home to the Tharu community who are the old inhabitants of this place.

This river flows through many parts of Nepal such as the Salyan district, Bardiya District, etc. So, you can visit these places for fishing in Nepal as well. This area is blessed with natural beauty, unique species of flora and fauna, and fishing.

Babai river is a great choice for recreational fishing in Nepal. It can be a perfect destination if you are planning to catch freshwater fish. Various species of fish found here are snow trout, freshwater eel, Mahseer, and many others.

Visiting this place is a nice choice to enjoy catching Goonch Catfishing. It takes about 10 to 11 hours to reach the destination. 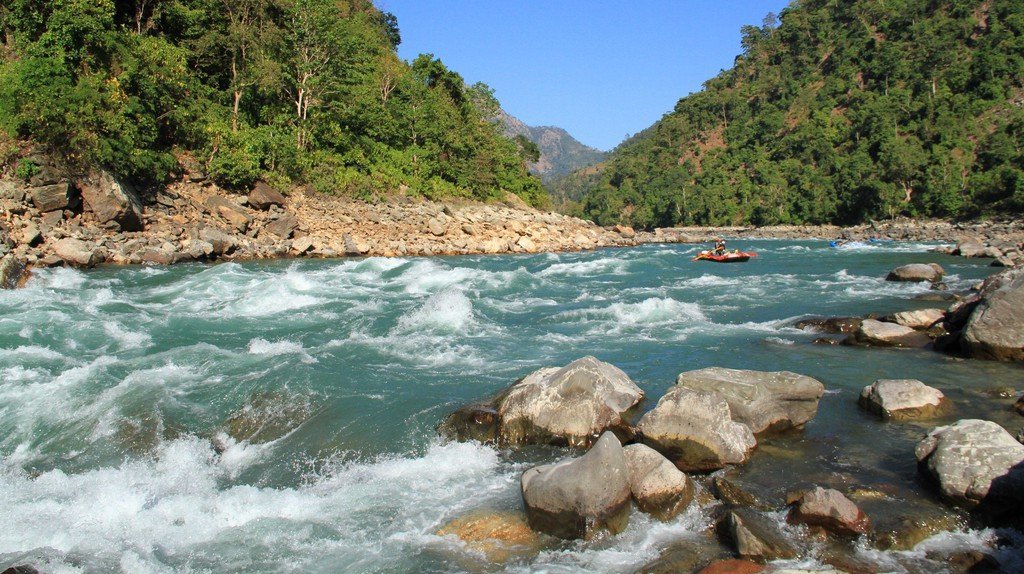 Fishing in Tamur river takes you on a journey to the isolated part of Nepal. This river lies in the eastern part of Nepal. It is one of the tributaries of the Sapta Koshi River and also the sixth-largest river of Nepal. Tamur river originated from the snow melts of Mount Kanchenjunga.

Along with fishing, Tamur river is also a great spot for kayaking and rafting. This river lies in the remote area making your fishing journey quite peaceful. To reach your destination you have to trek a few days as well.

Visiting the Tamur river leads you on an adventurous and thrilling journey to the less-visited part of the eastern region. You get to enjoy your fishing journey while viewing the magnificent peaks surrounding you.

Enjoy your vacation while chilling out on the banks of the Tamur river.

It offers calm and placid lakes filled with varieties of fish to the anglers. You get to enjoy fishing while sighting the mesmerizing views. Some iconic lakes are Phewa Lake, Begnas Taal, etc.

While fishing in these lakes seasonal fishes are most found then variants. Some of the fishes found here are Catfish, Mahseer, common carp, grass carp, and various others. 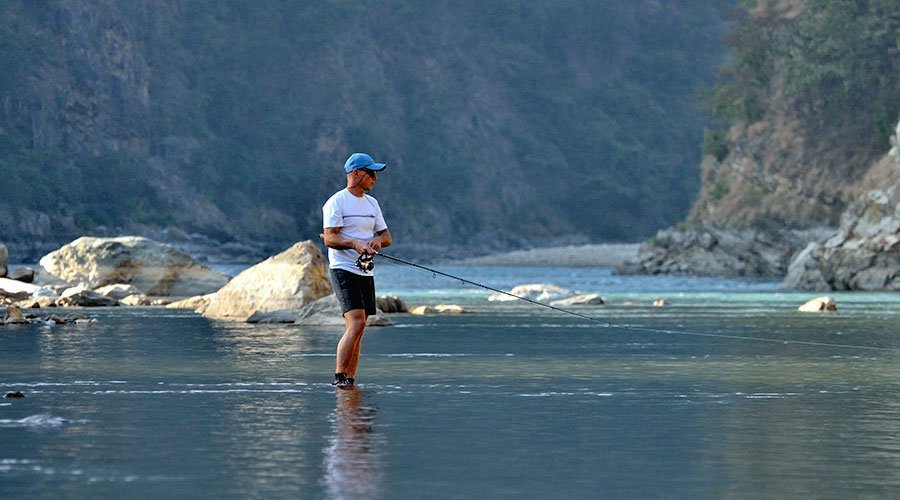 Balephi River is one of the tributaries of Bhote Koshi River located in the Sindhupalchowk district. The river is quite narrow but the current of water is very rapid.

This white water river is one of the best River for fishing in Nepal. Balephi river is 17 km long and begins from Langtang and other mountains of the Langtang region.

Balephi River is about 73 km away from Kathmandu and one of the closest fishing places from there. You can fish in every point of the river but many anglers prefer to visit Chanute for fishing.

For centuries, this river has been home to various unique and diverse aquatic species. Catfish and Golden Mahseer are some of the common fishes inhabiting this water.

Apart from them, you can also hook Carp, Trout, Common Mahseer, etc. You get to enjoy the beautiful scenery while angling in this river.

Ankhu Khola lies in the Dhading district and another one of the major destinations for fishing in Nepal. The main area for fishing is located from Khahare Bazaar to Kintang Phei or Tari Beshi.

This place is an ideal spot for both professional as well as amateur anglers. You will be fishing while surrounded by beautiful forests, mountains, and streams. This river is home to various aquatic creatures such as snow trout, catfish, Mahseer, and others which makes it one of the best River for fishing in Nepal.

This river is a prime tributary of the Budhi Gandaki river. You will be enjoying your journey from the beginning to the end. So don’t think too much and just get ready from your fishing journey.

Mai Beni and Triveni rivers are another two tributaries of the Sapta Koshi River. These rivers lie in the eastern part of Nepal where you can find some of the rare species of fishes such as the Golden Mahseer and Goonch.

These rivers have been the natural habitat for Golden Mahseer. You can find many other fishes in these areas. Such as trout, Murrei, Mahseer, etc. Mai Beni and Triveni rivers provide a great opportunity for passionate anglers.

Mai Beni is a very peaceful place that is a sacred place where two rivers intersect. As for the Triveni river, it is the junction of the Tamur and Dudh Koshi river. 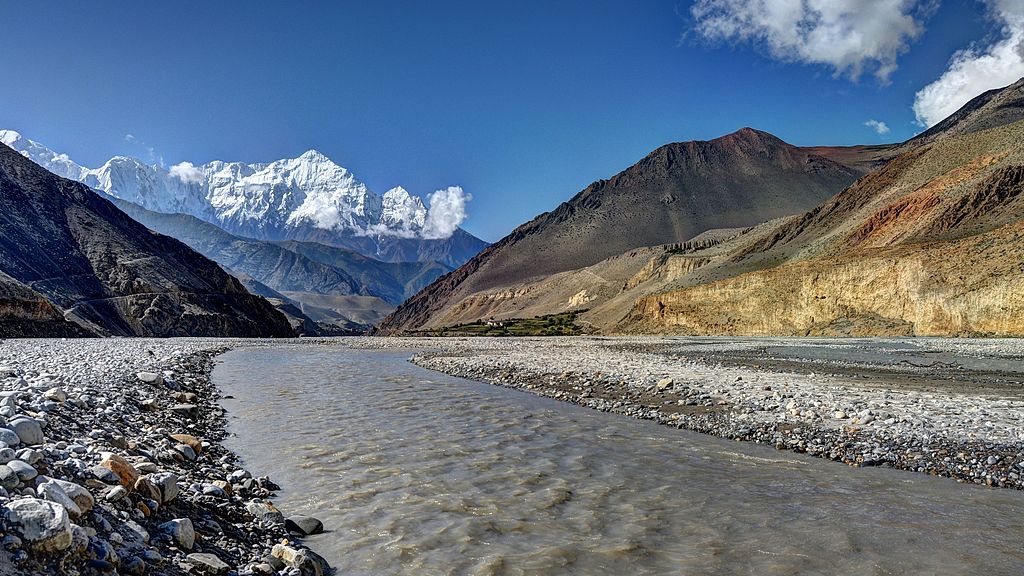 Kali Gandaki River is one of the longest rivers in Nepal that originates from Mustang. This river flows through various parts of Nepal and Tibet. Hindus named this river after the Goddess Kali, Divine Mother.

This river is an ideal destination to begin your fishing journey. You can catch many gigantic fishes from here. Trapping large size freshwater fish is possible any day.

The river is home to Golden Goonch Catfish and Golden Mahseer. You find other fishes as well like snow trout, rainbow trout, carp, and many more. Apart from angling, you can do Kali Gandaki River Rafting here. Fishers can also enjoy the green hills and gorges in the background. 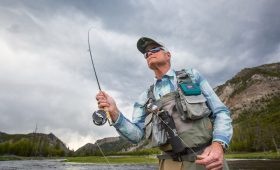